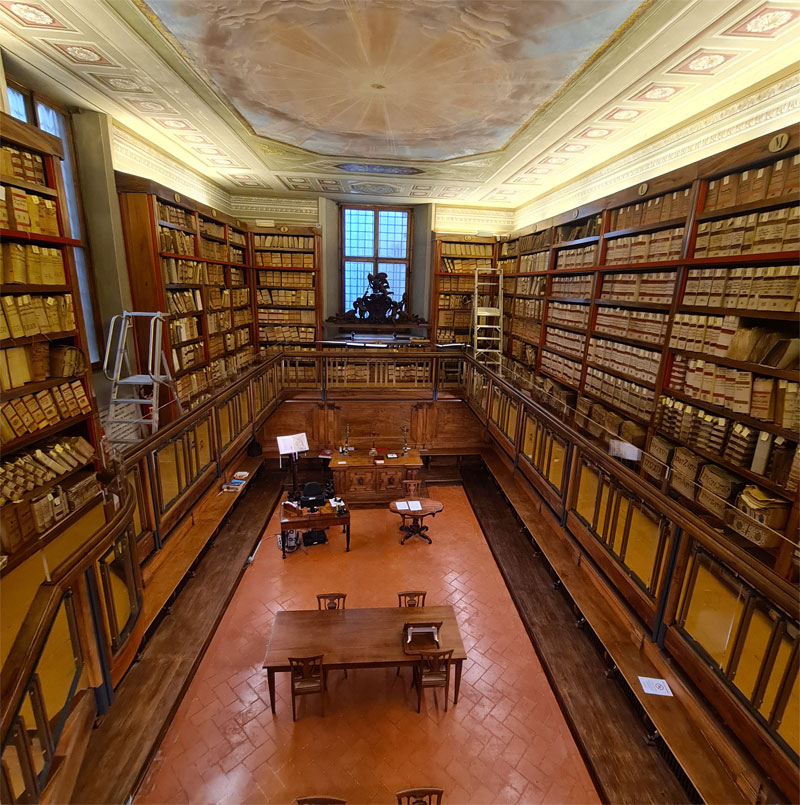 The first evidence of the archive dates back to 966, the date on which the Bishop of Fiesole Zenobio ordered that one of his privileges be kept in the Florentine rectory.
In 1680, with the passage of the books from the library to the premises of the Opera di Santa Maria del Fiore, the papers, which were previously kept in the archdeacon's house, were definitively transferred to the chapter house. Dean Luigi Strozzi was entrusted with the task of rearranging the parchments (Strozzi Catalog). A second reorganization was carried out at the beginning of the 1826th century by Canon Ignazio Paur, who in XNUMX compiled a "General Index"; he was also entrusted with the task of arranging the parchments in a specially made cypress cupboard, where they are still kept today.

The membranous collection (1213 loose documents) covers a chronological period from 800 to 1810. The paper archive is added to the diplomatic collection which, made up of over 3800 units, extends from the 5th to the XNUMXth century. The XNUMX volumes of the "Lives of our Canons" by Salvino Salvini are very important: an eighteenth-century paper catalog that contains valuable information on the life of the canons of the Cathedral.
The importance of the archive is mainly due to the great articulation of the series, whose content is inevitably intertwined with city life. From the archival documents it was possible to obtain a large amount of information relating to works of art and small objects of daily use, which are still visible today in the chapter house. 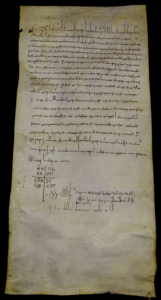 1257 June 22-24, Act of notary Brunetto Latini concerning the payment of some debts by the Florentine Metropolitan Chapter ACF 462 / C27 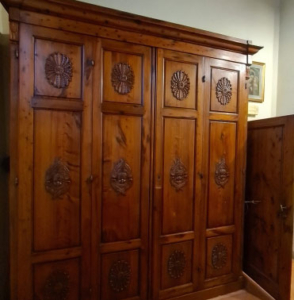 1840 Cabinet of parchments, in cypress 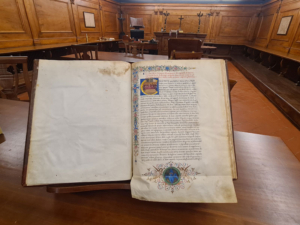 1473. Sample of the real estate of the Florentine Chapter. ACF P226

The first inventory of the fifteenth-century book collection, drawn up in 1448, has not survived, but Lami in his famous work Sanctae Ecclesiae Florentinae monumenta published a copy, with the addition of the titles acquired later.
The first catalog in existence today is that of 1645, preserved in the historical archive of the Opera di Santa Maria del Fiore.

Today's collection has as its original nucleus the library of the chaplain of the Florentine Metropolitan Antonio Vieri, left by will in 1814 to the Chapter. Almost all of his books, the titles of which are listed in the tome of the Various Scriptures L (preserved in our historical archive), have been found.

Currently the library consists of about 10.000 volumes, including 132 sixteenth-century and 85 manuscripts. The oldest edition is a historical collection published in Florence in 1517 (BC mis250), while the manuscripts have been compiled starting from the sixteenth century. The ancient section was increased by the donation of the library of the Ecclesiastical Boarding School and of a part of the library of the Martelli family. The modern part is mainly composed of works of Tuscan historical-artistic-folkloric and religious subjects. 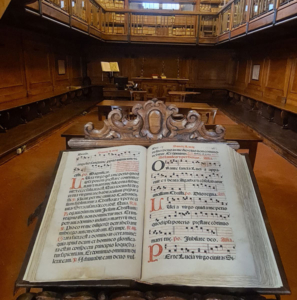 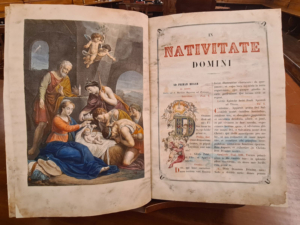